The legendary actor will make his second cameo in the show

Sam Jackson has enjoyed a long and fruitful career, but he still hasn’t mastered the art of secret keeping. While talking to Vulture, the veteran actor let slip that he appears in the final episode of ABC’s Agents of S.H.I.E.L.D. 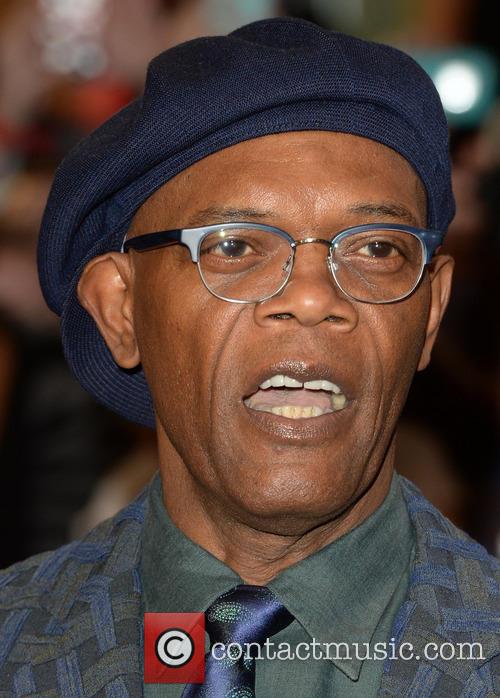 Samuel L. Jackson said too much...

Asked if he’d be filming another cameo appearance for the show Jackson confirmed that he already had. “I did! Last week!” he said. “I just shot the end-of-the-season show.” But, possibly already realising he’d said too much, Jackson wouldn’t reveal anything more, joking: “You’re trying to get me fired and killed! I don’t talk about Marvel’s business. None of us do.”

Fans of the show have already caught a glimpse of Jackson as Nick Fury in a pre-credits tag, but it looks as though they’ll get another – possibly lengthier one – when the show wraps up with the last episode.

We don’t want to ruin anything for those that haven’t seen it, but Jackson’s upcoming cameo is a smart move considering the events that take place in Captain America: The Winter Soldier.

In the latest episode of S.H.I.E.L.D, Coulson and his team were on their way to the Triskelion to speak with the Director when their plane abruptly and unexpectedly changed course. This week's episode, "Turn, Turn, Turn," has a strong connection to "Captain America: The Winter Soldier". It will air tonight (April 8).

Then next week’s episode (April 15’s) - entitled "Providence.” – sees "Colonel Glenn Talbot on the trail of Coulson and his team, who seek refuge in the last place anyone would look, where they begin to uncover S.H.I.E.L.D.'S most dangerous secrets -- secrets that could destroy them all."