Quentin Tarantino 'is a purist' 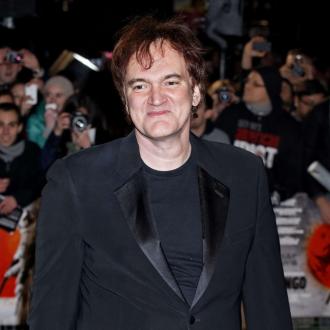 The 52-year-old director - whose previous works include 'Reservoir Dogs', 'Pulp Fiction' and 'Django Unchained' - has shot the eagerly-awaited Western movie using 70 mm film, which is more expensive but offers a higher resolution shot than the standard approach.

Jackson - who's been cast in 'The Hateful Eight', having previously appeared in a number of Tarantino-directed movies - told ITV's 'This Morning': ''It's a big Christmas release in America.

''Quentin likes to shoot on film - he's a purist - he likes to shoot in 70mm. They went in and discovered these lenses that they shot 'Ben Hur' and all of these other great, great films.''

Last month, the award-winning director offered an insight into the much-anticipated new movie, saying it will challenge the notion of white supremacy in the US.

He said: ''My movie is about the country being torn apart by [the US Civil War], and the racial aftermath, six, seven, eight, ten years later.

''The issue of white supremacy is being talked about and dealt with, and it's what the movie's about.''