Avengers Assemble: What Did We Learn From The New Trailer? 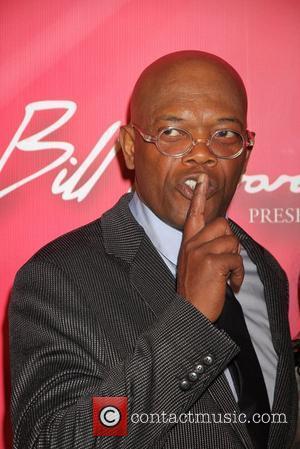 "War has started," we hear Samuel L Jackson (aka Nick Fury) say. "And we are hopelessly outgunned." It's a dramatic start to the new Avengers trailer, which is packed with action shots, CGI trickery and, of course, the requisite amount of Scarlett Johansson's character (Black Widow) flirting with her compadres.
Entitled Avengers Assemble, this latest instalment in the Marvel comics is scheduled for release in April 2012 and stars Chris Hemsworth as Thor, Robert Downey Jr. as Iron Man, Jeremy Renner as Hawkeye and Chris Evans as Captain America. The premise of the film is that Nick Fury gathers together a team of super human to save planet Earth from evil and in the movie, we see soldiers attempting to regain control of a city, whilst Hemsworth is lured away from the gym (where he's obliterating a few punching bags) and persuaded to grow his hair incredibly quickly and persuaded to don his cape and armour. Robert Downey, as Iron man, shows some brief, but witty, resistance to the plan initially, before joining the super-army. And it looks as though we can expect a certain amount of swinging, clinging, jumping and smouldering from Scarlett Johansson. In keeping with the nature of Marvel's cinematic explorations, Avengers Assemble appears to be brash, over-the-top, slick and quick-witted.
Robert Downey Jr. was cast in the film as Iron Man as part of his four-film deal with Marvel Studios, which has also seen him star in Iron Man and Iron Man 2.