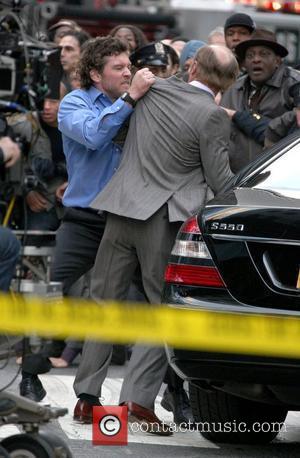 Picture: Sam Worthington and Ed Harris shooting on location for 'Man on a Ledge' at the Roosevelt Hotel on Madison Avenue. New York City, USA -...

AVATAR star Sam Worthington is single again after reportedly splitting from his longterm girlfriend.
The actor has been dating Natalie Mark since 2008, but they've recently parted ways, according to Australia's Herald Sun.
An insider tells the publication, "It's been on the cards for a while, I believe."
Worthington has rarely talked about his relationship with Mark, but when asked last year (10) about marriage, he declared, "We're just enjoying the run."