Sam Worthington Has Crowe On His Shoulder 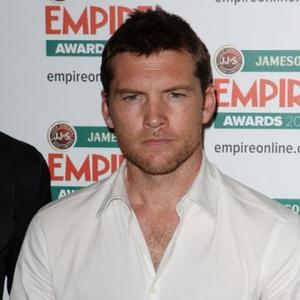 Sam Worthington was advised by Russell Crowe on how to handle fame.

The 'Avatar' star says the actor "really helped him out" when he started getting recognised, and Russell - who has been involved in a series of public bust-ups - told him to always be respectful to his fans.

The 34-year-old hunk said: "We Aussie actors all know each other. I've asked Russell Crowe for advice over the years. He's really helped me out a lot.

"There's no school that can tell you how to handle things like losing your anonymity. [Russell told me] to handle it with sensitivity. It's hard to ask someone for their autograph. So if someone snubs me, why snub them? They're braver than I am and deserve my respect."

Sam even admitted that he has been the autograph hunter himself, asking for signatures from his favourite musicians.

He also revealed that he got on with his 'Avatar' director James Cameron because they both came from humble beginnings.

He explained to Britain's Elle magazine: "All I know is we get along. He used to be a truck driver and I used to be a brick layer, and we're both passionate about our work.

"It's always about the work, not about the fairy dust and bulls**t that goes on with it."