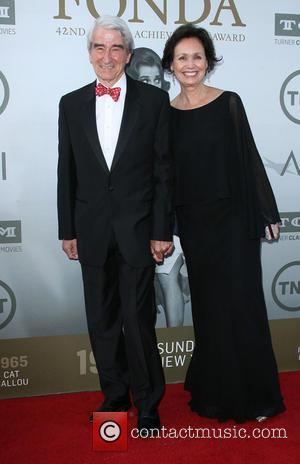 The Law & Order veteran will play Sol, the husband to Tomlin's character Frankie, opposite Sheen as Fonda's onscreen partner.

The show, about two warring women whose lives are turned upside down when their husbands come out of the closet and announce plans to wed one another, will reunite Waterston with his The Newsroom co-star Fonda, according to The Hollywood Reporter.

Grace and Frankie, created by Friends writers Marta Kauffman and Howard J. Morris, is due to debut on video-streaming site Netflix next year (15).

Sam Waterston: 'Jane Fonda And Lily Tomlin Should Get A Raise'