Sam Waterston's Revival Of William Shakespeare's The Tempest Has Failed To Win Over Critics, Who Have Branded The Show Dull And Declared The Production Has Lost Its Magic. 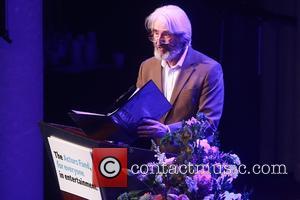 The former Law & Order star leads the cast of the production at New York City's outdoor Delacorte Theater in Central Park as wizard Prospero opposite Jesse Tyler Ferguson as jester Trinculo, but the show landed lacklustre reviews following its opening on Tuesday (16Jun15).

The New York Daily News' Joe Dziemianowicz gave the play just one star out of five, and labelled it "stubbornly unengaging", adding, "The excitement plunges at least five fathoms when Waterston shows up in the lead role... (He) is the show's marquee attraction, but he's also one of its greatest impediments, thanks to halting line readings that leach all musicality from Shakespeare's language. But he's not alone in making a hash out of the script."

Marilyn Stasio of Variety also criticised Waterston's performance, deeming him too "likeable", adding, "The Tempest and Central Park were made for each other, so it must have taken a Herculean effort... to drain Shakespeare's most mysterious play of all its magic... This plodding production lacks the power of enchantment... Waterston is doomed to play nice guys. He's thoroughly likable at the end of the play."

Time Out NY's David Cote, adds, "Shakespeare in the Park has been so solidly enjoyable in recent summers... that it's sad to find one's mind wandering in boredom, or eyes glazing over at a banal set. Such is the case (with this) glossy, static, weakly interpreted Tempest."

Sam Waterston: 'Jane Fonda And Lily Tomlin Should Get A Raise'