Sam Taylor-Johnson Will Be Directing '50 Shades' Movie, But Still No Word On Who Will Star

The British director has been chosen to direct the adaption, but we're still no closer to knowing who will star in the film

Sam Taylor-Johnson has been chosen to direct the upcoming adaption of EL James' mega-popular erotica novel 50 Shades of Grey, as the movie-adaption slowly continues it's push for the big screen after countless distractions, rescheduling problems and personelle changes have hampered the film's progress on to the cinema screen so far.

Although we now have a director and the script is supposedly just about done (with Terra Nova writer Kelly Marcel handling the screenplay), we're still no closer to knowing how far along studio executives at Universal Pictures and Focus Features are in casting the film. The announcement of Taylor-Johnson as director came in a statement made by producer Michael De Luca who detailed the reason behind her appointment despite her relative inexperience as a feature-length director.

"Sam's unique ability to gracefully showcase complex relationships dealing with love, emotion and sexual chemistry make her the ideal director to bring Christian and Anastasia's relationship to life," he said in his statement, adding, "E L James' characters and vivid storytelling require a director who is willing to take risks and push the envelope where needed, and Sam is a natural fit."

Not wanting to disappoint fans of the written series - which incorporates three books including; Fifty Shades Darker and Fifty Shades Freed - Taylor-Johnson has also released a statement saying that she intends on staying true to the sado-masochistic storyline. She said, "For the legions of fans, I want to say that I will honour the power of Erika's book and the characters of Christian and Anastasia. They are under my skin too."

Taylor-Johnson, who changed her name from Taylor-Wood last year following her marriage to Aaron Johnson, will only be making her second outing as a feature-length director when it comes time to make 50 Shades..., having only directed the John Lennon biopic Nowhere Boy up to this point. Her sole directing job did win her a BAFTA nomination so maybe Taylor-Johnson is the right pick for the job - and being married to someone over twenty years her junior must go some way towards her being able to relate to some of the more 'dangereux' parts of the story. The film is expected for a 2015 release. 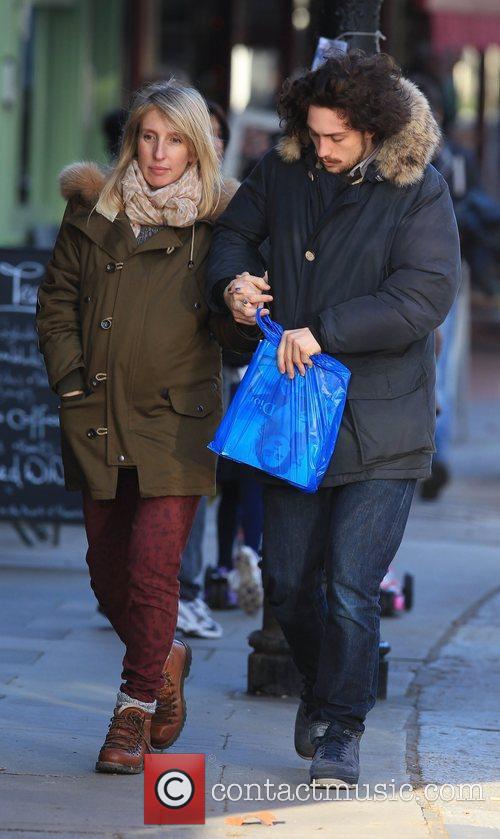 Taylor-Wood and Aaron Johnson's marriage was a controversial one