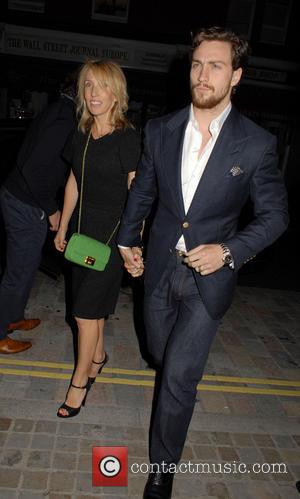 Picture: Sam Taylor-Wood and Aaron Taylor-Johnson - Celebrities including Natalie Joel from the hit UK reality TV show Made in Chelsea spotted at the popular restaurant...

Sam Taylor-Johnson has opened up about her "difficult" relationship with Fifty Shades Of Grey author E.L. James, revealing the pair had "proper" bust-ups on set while shooting the movie adaptation of the hit book.

Taylor-Johnson signed up to direct the big screen version of James' novel, starring Jamie Dornan and Dakota Johnson, and she was rumoured to have fallen out with James during the shoot.

The moviemaker has now revealed the rumours of bitter on-set arguments were true, as they clashed numerous times over the vision for the film.

Taylor-Johnson tells Porter magazine, "It was difficult, I'm not going to lie. We definitely fought, but they were creative fights, and we would resolve them. We would have proper on-set barneys (bust-ups), and I'm not confrontational, but it was about finding a way between the two of us, satisfying her vision of what she'd written as well as my need to visualise this person on-screen, but, you know, we got there."