A passer-by had spotted the deactivated M16 assault rifle on a desk inside the director’s London home.

Fifty Shades of Grey director Sam Taylor-Johnson’s London home was raided by police on Thursday evening (August 28th), after a passer by spotted a machine gun lying on a desk near a window. The director and her husband, Godzilla star Aaron Taylor-Johnson, have said they were given the deactivated M16 assault rifle 'as part of an art project'. 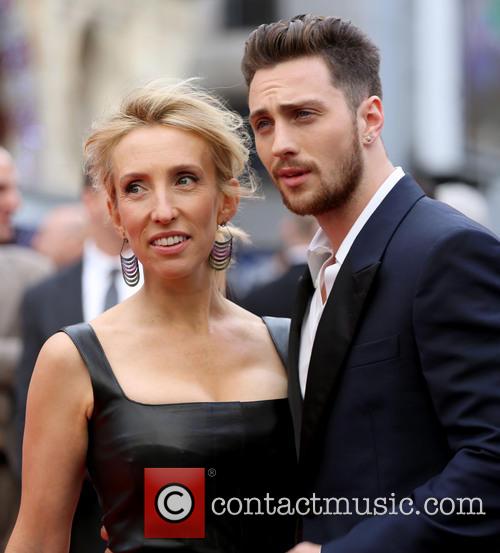 A spokeswoman for the couple confirmed to the BBC that police had been called to their London home after a passer-by reported a firearm on the premises.

"The firearm was located in Sam Taylor-Johnson's basement studio and has been confirmed as a certified and fully decommissioned M16 assault rifle that was provided to Mrs Taylor-Johnson by the international charity Peace One Day as part of an art project entitled 'Peace One Day M16,” the spokeswoman said.

Adding, ”The project, curated by Jake Chapman, consists of new works by some of the most celebrated names in contemporary art all of whom are transforming fully decommissioned M16 assault rifles.”

The couple, who have two children together, married in 2012 after meeting on the set of John Lennon biopic, Nowhere Boy.

Currently Sam Taylor-Johnson is directing the much anticipated Fifty Shades of Grey movie, due for release on Valentines Day 2015. Aaron has recently been seen alongside Bryan Cranston in Gareth Edwards’ Godzilla remake and will soon take the role of Quicksilver in Marvel's upcoming, Avengers: Age of Ultron.