Sam Smith has wished happy birthday to his ''rock (and) my bestest friend in the entire world'', Tiffany Clare. 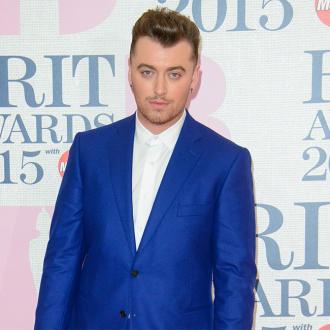 Sam Smith has wished happy birthday to his ''rock''.

The 'Like I Can' hitmaker took to Instagram to extend his birthday wishes to ''my bestest friend in the entire world'', Tiffany Clare.

Captioning a photograph of the pair, he wrote: ''Happy Birthday to my bestest friend in the entire world @tiffany_clare !! You are my rock and my home.

''Without you in my life I would be a f***ing wreck!! I love you so much and I feel so bad I can't be with you today. Saffany for life xxxxxxxxxxxxxxxx (sic)''

Sam is likely to have leant on Tiffany recently after he previously admitted he was feeling sad and having ''one of those days''.

Writing on the photo sharing site, he said: ''Not gonna lie, been a bit sad today, no idea why just one of those days. (sic)''

Before adding on Twitter shortly afterwards: ''Yesterday is not ours to recover but tomorrow is ours to win or lose (sic)''

Meanwhile, Tiffany is sure to get a great present from the 22-year-old singer after it was recently revealed he is one of the top 20 richest young musicians in the country.

In the Sunday Times newspaper's rich list of young musicians, Sam ranks 14th in the list and is worth a reported £12 million.

He sits behind Adele, who is worth £50 million, followed by all the current One Direction members - Niall Horan, Harry Styles, Liam Payne and Louis Tomlinson - as well as departed member Zayn Malik, who split their £125 million fortune five ways, making them worth £25 million each.