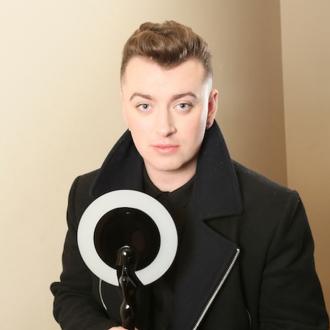 The 21-year-old singer has beaten fellow up-and-coming artists Ella Eyre and Chlöe Howl to the prestigious title and joins the ranks of A-list past winners including Adele, Jessie J and Ellie Goulding.

Sam said: ''I'm completely overwhelmed! To see my name alongside the list of former winners, artists I admire so much it, is incredible. What an amazing Christmas present. Thank you!''

The star came to prominence on Disclosure's hit 'Latch' and also teamed up with Naughty Boy on Number 1 track 'La La La'. He is due to release his debut album next Spring, with his first single, 'Money On My Mind', dropping in February.

Sam will receive his award at 'The BRITs Are Coming' nominations announcement on Thursday, January 9, which will be hosted by Nick Grimshaw and broadcast as a standalone TV show airing the same day on ITV.

The programme will be packed with special performances including an appearance from Sam Smith.

The award is voted on by leading experts including newspaper music editors, journalists from music websites, music and lifestyle magazines, and radio and TV bosses.

The prize is open to up-and-coming artists who are set to release their debut albums in 2014, and over 100 artists were considered.

The BRIT Awards will take place on Wednesday, February 19, 2014 at The O2 in London.