Sam Smith has unveiled his James Bond theme tune, 'Writing's On The Wall', and it has been met with mixed reactions on social media. 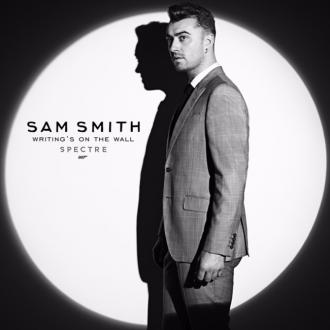 Sam Smith has unveiled his James Bond theme tune 'Writing's On The Wall'.

The 23-year-old singer debuted the highly-anticipated track which will serve as the opening music to 'SPECTRE', with the lyrics sounding like lines from a love song.

He sings: ''I've spent a life time running and I always get away / But with you, I'm feeling something that makes me want to stay ... For you, I have to risk it all / Cause the writing's on the wall.''

And the 'Lay Me Down' hitmaker has dubbed the track a ''classic Bond song'' but isn't worried about it hitting number one in the charts.

Speaking on the BBC Radio 1 Breakfast Show with Nick Grimshaw, he said: ''This song isn't a big pop song; it's a classic Bond song and that's what I wanted it to be ... I'm going to be completely honest, I don't think it will [go to number one]. It's not a number one friendly song.

''Who knows? But I'm not looking for that; that's really not what I want with this song. I just want to join the incredible list of people and do it justice.''

And Sam is pleased that some people have made comparisons between his track and previous theme tune 'Goldfinger'.

He added: ''Since I've been playing the song to certain people this week before its release, people have been saying it reminds them a little bit of 'Goldfinger,' which I didn't think about at all when I was writing it but that's good. That's kind of what we were aiming for.''

Although Sam is pleased with his track it has been met by a mixed reaction from fans on social media, with many supporters of the 007 franchise disappointed with the track.

One fan disappointed with his effort is One Direction star Louis Tomlinson's grandfather Keith Tomlinson.

He posted on Twitter: ''Is this the worst Bond movie theme song ever? Love Sam Smith. Hate the song. Yes. Truly the #writingsonthewall (sic)''