BRIT Award winner Sam Smith has been told to curb his partying ways and concentrate on promoting his debut album 'In The Lonely Hour'. 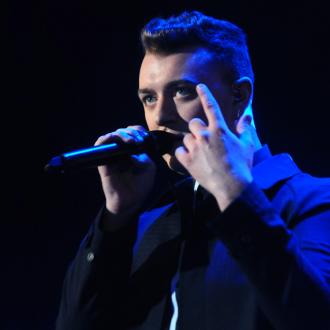 Sam Smith has been told to curb his partying ways and concentrate on promoting his debut album.

The 'Lay Me Down' singer, who won the BRITs Critics' Choice Award this year, has been making the most of his new found fame by partying with celebrity friends, including model Daisy Lowe, but his management want him to calm down and focus on his music.

A source told The Daily Mirror newspaper: ''Sam's been catapulted into success and he's only 22, so who wouldn't want to take advantage of all the free bars and cool parties? But he's also at a crucial point in his music career and is about to release his first solo album [In The Lonely Hour].

''So his team want people talking about that, not what he got up to in a nightclub the night before.''

Sam's album, featuring hits 'Money On My Mind' and 'Latch', was released yesterday (26.05.14) and already music bosses want him to be looking ahead at writing material for the follow-up.

The source added: ''Sam's such a great talent the people around him don't want him to get caught up in that hard partying scene, which is why they've been insistent that he gets back to the studio to carry on working on his music.

''Plus, it has the added bonus of keeping him away from any bad influences that may distract him.''

Despite his new found fame and busy social life, Sam, who celebrated his birthday last week, previously claimed his record is about being a lonely 21 year old, and thanked fans for changing his life over the past few years.

He said: ''I truly hope you love this album. I hope it is the soundtrack to all of those lonely moments. It helped me through mine.''