Sam Smith Teams Up With Disclosure Once More For 'Omen'

The British dance duo will be working with the worldwide megastar once again on their second album 'Caracal', releasing the music video for the single 'Omen'.

Having had a global smash hit with ‘Latch’ in 2012 which helped him launch his multi-platinum-selling career, Sam Smith has reunited with British dance act Disclosure for another single.

Disclosure released the music video for brand new single ‘Omen’ on Monday morning (July 27th), the second to be taken from their eagerly awaited new album Caracal, which will be released on September 25th. 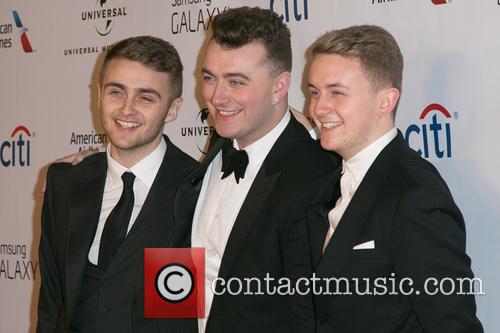 Sam Smith with Guy and Howard Lawrence of Disclosure

The two artists found huge success with ‘Latch’, which reached Number 11 in the UK in late 2012 and becoming a slow-burning hit in America, where it peaked at Number 7 in the Billboard charts nearly 18 months after it was first released. Logic dictates that reforming the dream team for another outing will equal another chart success for both.

More: Disclosure announce second album ‘Caracal’ – but did they rip off SBTRKT?

Disclosure, consisting of English brothers Guy and Howard Lawrence, have already shared three tracks from Caracal, including the instrumental ‘Bang That’, ‘Moving Mountains’ and the Gregory Porter hook-up ‘Holding On’.

Speaking to Entertainment Weekly earlier in 2015, Howard said of a mooted Sam Smith collaboration: “It just would have felt wrong to not have [Smith] on the record. We speak to Sam every day. He’s our best mate. And he’s the best singer in the world. Why would we not put him on the record?” Why not indeed?

The duo were also interviewed recently by the NME, and hinted that their sophomore effort would include a couple of massive names – confirming one of them as Lorde.

Disclosure’s first album Settle was a commercial success on top the critical praise it received, shooting straight to the top of the UK Albums chart and securing Mercury Music Prize, Brit Award and Grammy nominations in the process.

Watch the video for Disclosure and Sam Smith’s new single ‘Omen’ below: