Sam Smith is ''going to take a break'' later this year before he gears up to release his second studio album. 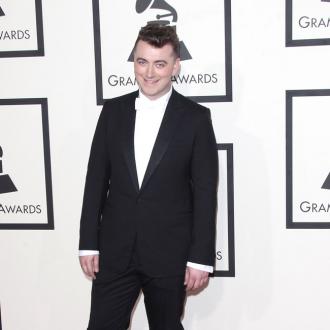 Sam Smith is ''going to take a break'' before his next album.

The 23-year-old singer will take some time away from the spotlight later this year before he begins working on the follow-up to 2014's 'In the Lonely Hour', which topped charts around the world and bagged him four Grammy Awards.

He revealed: ''I'm going to take a break. A massive break towards the end of the year I think. Just because I want to re-gather.''

However, the 'Lay Me Down' hitmaker revealed he's already got his sophomore record mapped out and has written tracks for the eagerly anticipated collection.

He explained: ''I'm already writing. I feel like I've already got the title to the album; I've got the concept to the album.''

And although he will be taking a break from his worldwide fame before tackling his next LP, he feels like the hard work is already done because he finds it easy to write tracks once he has come up with a ''concept''.

Speaking to Magic Radio's Jo Parkerson, he said: ''I work in terms of concepts. When I find the thing I want to write about, I actually go out and physically do it. It sounds really weird, but when I knew that the album was going to be called 'In the Lonely Hour', I think I subconsciously started being lonelier. I feel like once I've got that concept of what I want to do, I start physically doing it so I can write music about it.''

Listen to the full interview this Saturday (01.08.15) from 3pm. For more visit www.magic.co.uk