Sam Smith's album sales have more than tripled on Amazon.co.uk since his Bond song 'Writing's On The Wall' was released. 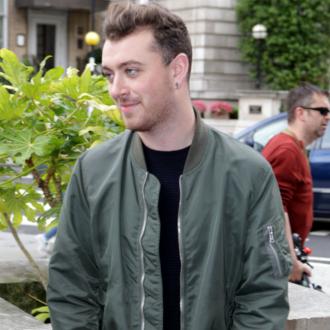 Sam Smith's album sales have more than tripled on Amazon.co.uk since his Bond song was released.

The 23-year-old singer made it into the record books last week when the tune he recorded for upcoming movie 'Spectre', 'Writing's On The Wall' became the first ever 007 theme to top the UK singles charts and now he has another reason to celebrate.

His debut album - originally released in May 2014 - is set to shoot back up the album charts after spiking by more than 216 per cent since the song hit the top spot.

The album earned Sam two number one singles, two Brits and four Grammy Awards but is still proving popular in the UK more than a year later.

And building on its success, Sam recently revealed he will be re-issuing the album with a selection of new tracks.

Announcing the news on Instagram, he said: ''Ladies and Gents, Boys and Gals. I am so excited to announce my final surprise for you all. Here I give you 'In The Lonely Hour Drowning Shadows Edition' - This is a present directly from me to my fans. This album, this journey has completely changed my life. So I have listened to all your wants and wishes and put some tracks on this album you all wanted originally. I also have a new song, and a special new cover for you all. This is my thank you to you all, and officially my final bow before my second album. I love you all unconditionally. (sic)''