'Stay with Me' hitmaker Sam Smith has revealed he is suffering from stress. 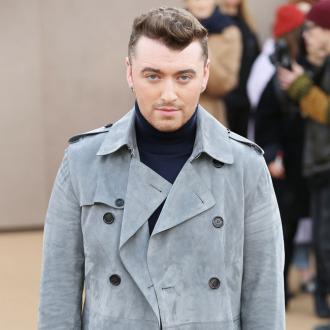 Sam Smith is suffering from stress.

The 22-year-old singer, who recently announced he is to have surgery on his vocal cords, has revealed his stress levels have caused him to develop a rash on his body.

He told The Sun newspaper: ''I've been itching all over my body for the past week from stress.

''I'm stressed. I don't know why. I think it's a delayed reaction from the Grammys.''

This comes after the 'Stay with Me' hitmaker confessed he was feeling nervous about his operation.

The London-born star recently wrote on Instagram: ''Bad news. I have my operation booked for next week, so getting really nervous.

''But by doing this in 8 weeks time I'm gonna be able to sing like never before so it's worth it. I am so sorry to all.

''Dreading the next month thou, I can't speak for THREE WEEKS after the op. (sic)''

Sam's throat problems recently caused him to cancel a string of Australian concerts, while he's also confirmed the issue will stop him from appearing at more gigs in Japan and the Philippines.

After announcing the cancellations, Sam said he was ''deeply, deeply saddened'' at having to miss the remainder of his tour Down Under.