Sam Smith has admitted he regrets comments he made while accepting the Academy Award for Best Song in 2016. 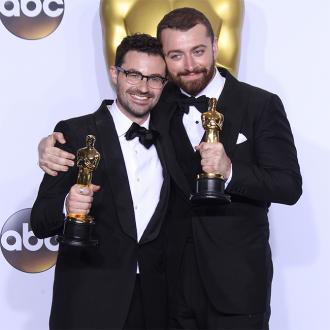 Sam Smith regrets mistakenly claiming he was the first openly gay man to win an Academy Award during his speech at the prestigious ceremony in 2016.

The 'Writing's On The Wall' singer was honoured with the Best Song gong for the 'Spectre' hit, and while he was very proud to be recognised for the 'James Bond' theme, the moment was soured by the backlash to his comments as he accepted the prize.

Speaking at the time, he said: ''I read an article a few months ago by Sir Ian McKellen and he said that no openly gay man had ever won an Oscar.''

It later emerged that the 'Lord of the Rings' star was referring to the Best Actor category, with openly gay screenwriter Dustin Lance Black - who won the Best Adapted Screenplay award in 2009 for 'Milk' - amongst those who criticised him.

In an interview with NME magazine, Sam has now said: ''I messed up. I actually meant to say Best Male Actor and I didn't. I obviously did know that I wasn't the first gay person to win an Oscar.

''I was gutted - there was 90 million people watching that show; I wanted to say something positive and I f***ed up.

''When I mucked that up, I lost a lot of confidence. I can't express enough - it really upset me. It made me realise that what I say can be damaging.''

However, Sam has now turned his attention to his new LP 'The Thrill of it All', and he hopes to encourage people to talk about LGBT issues, while inspiring people who are finding it difficult to understand their own sexuality.

He added: ''I want to make people feel uncomfortable. We should be addressing these issues. There are not enough openly gay men or women in the music industry - any industry.

''And we need to be at the front, talking, shouting, so that those little kids that live in the middle of nowhere can hear it and hopefully be inspired.''