British Singer Sam Smith Is Planning To Take A Hiatus Later This Year (15) So He Can Fully Recover From His Recent Throat Surgery And Prepare To Start Work On A New Album. 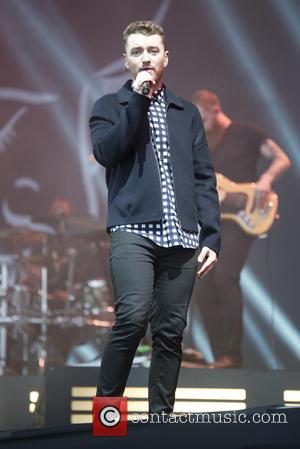 The Stay With Me hitmaker had to abandon his world tour this summer (15) after he was diagnosed with a vocal cord haemorrhage and underwent an operation in the U.S. to save his voice.

He returned to the stage earlier this month (Jul15) after a lengthy break to continue with the rest of his summer dates, and Smith has now revealed he is planning more time off so he can get back on his feet before starting his next project.

Smith tells Britain's Magic Radio, "I'm going to take a break. A massive break towards the end of the year I think. Just because I want to re-gather. I'm already writing. I feel like I've already got the title to the album; I've got the concept to the album. I work in terms of concepts."