Sam Smith: 'New Song Is Saddest One I've Ever Written'

Sam Smith Is Leaving Fans With His Darkest, Depressing Songs As He Embarks On A 2016 Hiatus. 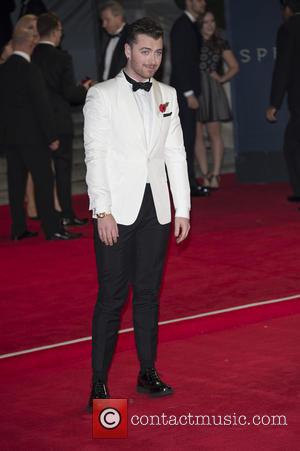 The British singer has recorded new tracks for the repackaged release of his hit album In The Lonely Hour, and he admits one particular tune, titled Drowning Shadows, is a real heartbreaker.

"It's so important for me to make soulful, true, artistic music and actually to make a point that I'm not going to do a repackage and put on there a massive, massive single that's hopefully going to boost album sales. Drowning Shadows is the saddest song I have ever written."

The singer wants to give fans one last batch of heartfelt songs to absorb before he begins a hiatus.

"I found myself recently pressing myself to write songs," he explained. "You've got to have these songs to cement the rest of your career, but there's a moment where I sit back and think, 'Actually, all my dreams have come true, I'm just living the most beautiful life at the moment, so why don't I sit back, enjoy myself, take a breath, kiss some more boys and write some more songs?'"

Sam plans to head home and spend time with his family and give himself a chance to take in the whirlwind of his achievements from the last couple of years.

"I've been going now for three years non-stop and it feels right for me to just go home and just live my life and be a 23 year old," he told ET Online last month (Oct15).