British Pop Star Sam Smith Has Urged Fans To Sign A Petition To Save The Bbc's Music Services From Cuts. 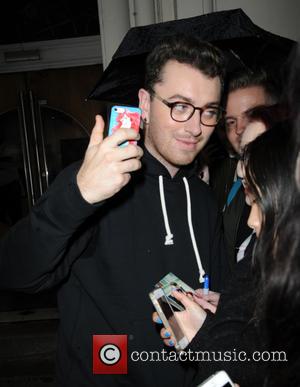 The Stay With Me singer was tipped for success by the corporation's BBC Sound of 2014 poll and he went on to score a huge hit with his debut album In The Lonely Hour and win four Grammy Awards.

Smith has now come out fighting in support of the BBC's music services after a recent government report questioned whether the public-funded organisation provides value for money, sparking fears many outlets could fall victim to cuts.

A petition titled #LetItBeeb has now been launched in a bid to persuade politicians to protect the BBC's music services, and Smith is asking fans to sign.

In a post on Twitter.com, he writes, "Everyone please please pretty please help and sign this petition!!!!!!! We all need the BBC!! Letitbeeb.tumblr.com #letitbeeb @LetItBeeb (sic)."