Sam Smith got a 'lovely response' from his muse

'Stay With Me' hitmaker Sam Smith has said he got a ''lovely response'' from the man he dedicated his debut album 'In the Lonely Hour' to when he revealed he was the inspiration behind the songs. 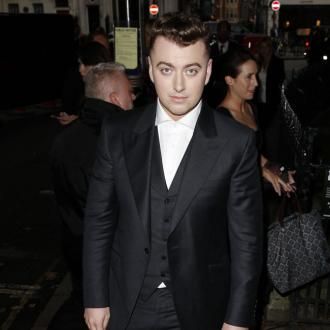 Sam Smith got a ''lovely response'' from the man he dedicated his album to.

The 'Stay With Me' hitmaker released his debut record 'In the Lonely Hour' in May, but the inspiration behind the songs - which came from waiting to experience reciprocal long - didn't know the full-length was about him until the singer made the revelation.

Asked if his muse was aware of his feeling, Sam said: ''Not until about three months ago. I told him a week before the album came out. He'd heard the record, but didn't have a clue it was about him ... He just said, 'Are you OK?'

''It was a lovely response. The reason I told him was because it was like closure to me. When I fell in love with this guy last year, it was the third person my life I had had really strong feelings for and they'd never loved me back.

Meanwhile, Sam blasted the idea he 'came out' as gay earlier this year, insisting he has been open about his sexuality ever since he told his mother.

He told the Guardian newspaper: ''I didn't come out. I came out when I came out to my mum! No, that side of things to me is just normality.

''I find it weird when people used the expression 'coming out' like it's a massive party of relief.''