Sam Smith has a documentary titled 'Sam Smith: Dreams Come True' coming out this month and it will feature exclusive interviews with him and those who know him best about his ''meteoric'' rise to fame. 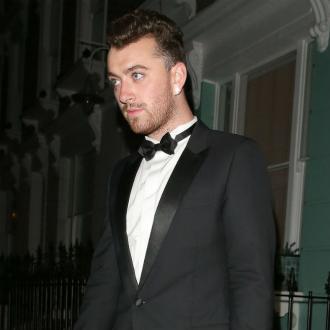 The film will document the 'Stay With Me' hitmaker's ''meteoric'' rise to fame and is the work of Vision Films and Screenbound Pictures, who have joined forces to give fans an inside look at the life of the four-time Grammy Award winner.

It follows Sam's journey from humble beginnings as a jazz musician to becoming one of the biggest-selling artists of all time.

The film's producer Alan Byron said in a statement: ''A lot of care and attention went into getting the details right. We aim to please both existing fans and newbies, so we wanted to make sure that Sam Smith's remarkable journey is portrayed in an accurate and entertaining fashion. By all accounts, we succeeded.''

And Vision Films CEO Lise Romanoff added: ''It's a terrific opportunity to have the story behind Sam's meteoric rise to fame to not only be recognised by his fans, but by those just discovering the singer - all over the world.''

Directed by Sonia Anderson, the documentary features exclusive interviews with Sam, 23, and those who influenced him or are close to him, including his former school headmaster, his voice coach Dr. Voice and backing singers, as well as pop peers such as Ed Sheeran and Disclosure.

The film also sees Sam perform an intimate live set of a selection of his songs, including early releases, such as 'Time Won't Wait' and 'All This Madness', among others.