Sam Smith: David Beckham would be an 'interesting' Bond

Sam Smith - who has recorded the theme for the latest instalment of the James Bond franchise, 'Spectre' - thinks David Beckham would be ''interesting'' in the titular role. 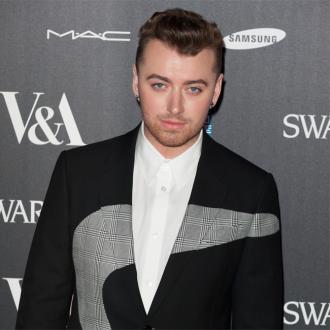 The 23-year-old singer - who has recorded the theme for the next instalment of the spy franchise, 'Spectre' - believes the retired soccer star would make a very handsome leading man, following speculation linking him to the role.

And Sam - who admitted to having been offered the Bond theme over a year ago - would like to see Ellie Goulding follow in his footsteps and record the next iconic song for the film series, having previously tipped her to get the 'Spectre' theme in a bid to play down rumours he was recording the track.

He told OK! magazine: ''I felt really bad and I have to apologise because I never said that Ellie was doing it. I just heard rumours so when I was asked, 'Who do you think should do it?' I was like, 'Well I heard Ellie Goulding was doing it'. I never meant to put her in it.

''She would 100 per cent by the best person for it, so hopefully next time she'll do it.''