Sam Smith was overcome with emotion when he heard a 30-piece orchestra and 20 gospel choirs performing his music. 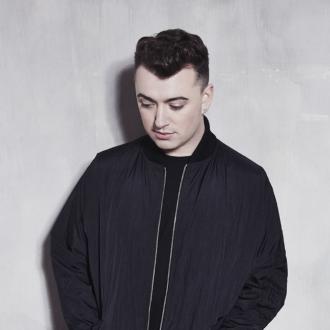 Sam Smith cried when he heard choirs performing his music.

The BRIT Critics' Choice Award-winner's first LP 'In The Lonely Hour' might have become the fastest-selling debut album of 2014 so far, but Sam has remained so humble that he still feels emotional when he hears people singing his songs.

Asked about the last time he cried, he admitted during an interview with Hot Press.com: ''The day before yesterday, because I was recording a song in L.A. with a 30-piece orchestra and 20 gospel choirs and they were singing my song.

''I cried my eyes out. My music is so personal so when I heard that happening I was like, 'Oh my gosh!'.''

Sam, 22, is a self-professed sensitive soul and explained he wanted his debut album to be deeply personal and not feature unrealistic ideals he can't identify with.

The 'Money on my Mind' hitmaker said: ''I'm drawing on unrequited love on the album. It's called 'In The Lonely Hour' because it's about loneliness, and the purest form of loneliness you can find because I've never been in a relationship before.

''So it's almost like I fell in love with my loneliness, because it was just me and that. It's not necessarily sad, it's my version of what I think is love right now. Which I think will change, but I just wanted to be as brutally honest as I could about being lonely.''