Having already won a string of MOBO Awards and a Brit alongside the buzz of his number one debut album and subsequent hit singles, Sam Smith is somehow avoiding letting this whirlwind of success go to his head. 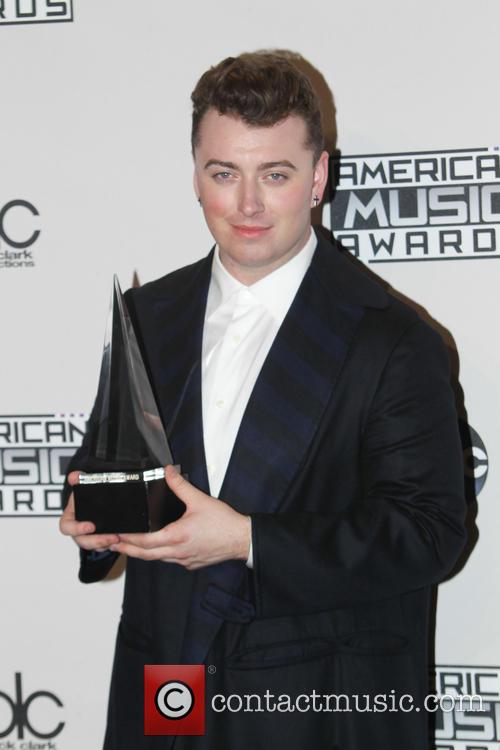 Sam Smith appeared at the 2014 American Music Awards on November 23rd where he was nominated in two sections: Favorite Male Pop/Rock Artist and Kohl's New Artist Of The Year, spectacularly winning (to no-one's surprise) in the first category. The 22-year-old was waylaid on the red carpet to discuss just how he feels being a multi-Platinum selling popstar.

'Right now, it's weird', he admits. 'I can't get used to this stuff, I never have been able to. But it's great! People are really sweet and it's nice to see all the fans out here and stuff.' Smith has made himself an icon in the pop industry with his deeply personal, heartfelt tunes that have gripped nations, namely his UK number ones 'Stay with Me' and 'Money on My Mind' from his debut album 'Stay With Me', and Naughty Boy's 2013 hit 'La La La' on which he features.

More: Watch Sam Smith performing 'I'm Not The Only One' at the AMAs

'My life inspires my music', he says. 'I write in a very raw way; my music is a diary, I've been willing to give myself away and show everyone my flaws and ups and downs of my life through my music.'

At the show, he gave a touching performance of his newer single 'I'm Not the Only One', with a surprise appearance from rapper A$AP Rocky.

More: Sam Smith accepts his award at the AMAs