Is Sam Smith Singing The Theme Song For 'Spectre'?

The 'Stay With Me' singer released a pretty telling picture on Twitter on Monday.

Sam Smith has dropped a pretty powerful hint that he’s recorded the theme tune to the forthcoming Bond movie Spectre. The British singer, one of the best-selling artists around the world last year, posted a picture of his hand bearing a plain silver band embossed with the ‘Spectre’ octopus symbol.

The 23 year old has been one of the most prominent names bandied about in the rumours about who’ll get the honour of recorded the theme song to the 24th Bond movie, which is being released in cinemas on October 26th. However, fellow Brit Ellie Goulding had been the bookies’ favourite until this revelation. 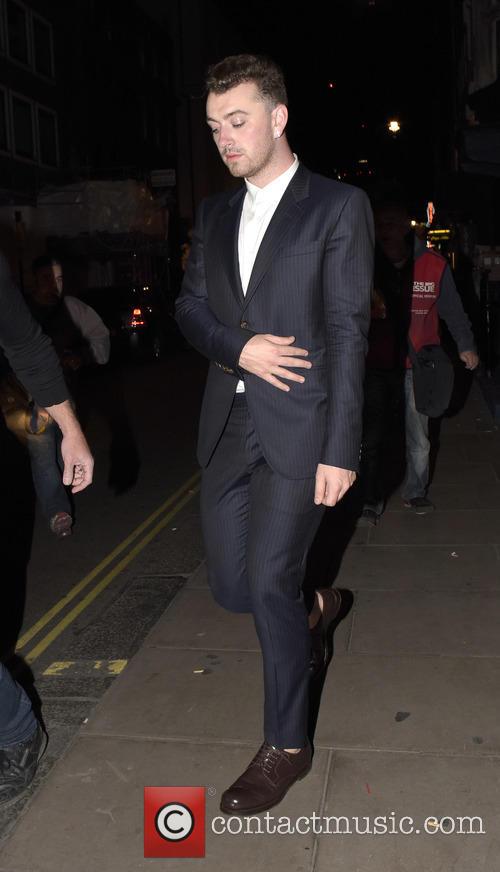 Is Sam Smith recording the theme song for 'Spectre'?

Even the staunchly left-field indie veterans Radiohead had been bizarrely linked with the job (can you imagine?), with an anonymous £15,000 bet being placed on them in the wake of a solitary picture being published of them at work in the studio (presumably on their next studio album).

More: Sam Smith teams up once again with Disclosure for new single ‘Omen’

Spectre will be the fourth Bond movie to feature the current star Daniel Craig, with much speculation that this will be his final film, not to mention who might be replacing him. Director Sam Mendes, who directed the previous movie Skyfall, said back in July that the soundtrack would be announced “very soon”.

“I can say that the song’s been recorded and it’s fantastic and I’m very excited about it. You won’t have to wait long,” he said. Two months later, and still no official confirmation.

James Bond theme songs are a bit of an odd phenomenon: the opportunity to record one is generally held to be one of the most prestigious honours that an artist can receive, yet none have ever reached the top of the charts in Britain, and only four have ever made the Top Five. Only Duran Duran’s ‘A View to a Kill’ in 1985 has reached the top in America.

The two best performing Bond themes in British chart history have both reached Number 2: that Duran Duran track and 2012’s ‘Skyfall’, sung by Adele and one of the most popular soundtracks in years, even winning an Oscar in 2013. If the commercial clout of a global star like Smith can’t finally take one of them to the top, then who can?