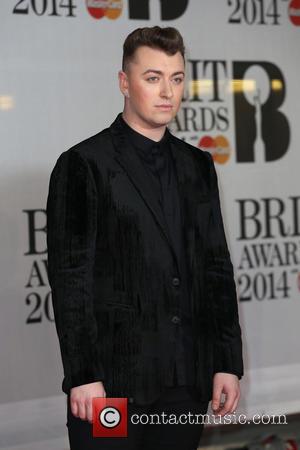 Singer/songwriter Sam Smith's BRIT Awards win on Wednesday (19Feb14) has given his hit track Money On My Mind a huge chart boost in his native U.K. - the song has raced to the number one spot.

The 21 year old took home the Critics' Choice Award at the music prizegiving and the accolade led to a sales spike.

Smith ends Clear Bandit's four-week run at the top of the countdown with Rather Be, which slides to third place.

Pharrell Williams, who performed a medley of his hits at the BRIT Awards ceremony, climbs up to second place with his Oscar-nominated tune Happy, while Christina Aguilera and A Great Big World's duet Say Something makes a strong debut at number four.

On the Official U.K. Albums Chart, BRIT Awards winners Bastille return to Number One with their debut album Bad Blood, while Arctic Monkeys' Brits Album of the Year, Am, jumps back into the top three at two.