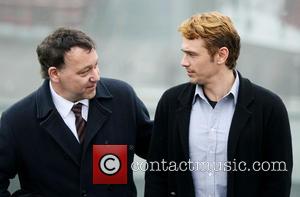 The Land of Oz might be familiar to almost everyone who watches Oz The Great And Powerful for the first time, but director Sam Raimi and star Michelle Williams have been at pains to express that this prequel to the all-time great musical of 1939 won’t be too similar to the Judy Garland-tale of old.

Raimi is a man who knows how to work on stories that have already been hugely successful in the past – he was the man who directed the Toby Maguire starring Spider-Man trilogy after all. Yet even he was wary of taking on this film, which has a huge billing to live up to, aiming as it does, to tell a story before one of the greatest fantasy films ever committed to movie reel. “The original is my favorite film of all time,” the director told Entertainment Weekly. ” I didn’t want it sullied. I didn’t want to be involved in a production that might trade off the goodwill of that film, so I didn’t even want to read the script at first. Luckily I did. And then I realized that it wasn’t at all what I thought.”

Michelle Williams echoed Raimi’s sentiments when discussing how they worked on her character, Glinda The Good Witch. “We tried to think of what made Glinda in the original film, but we didn’t want to lean too heavy-handedly on that,” she insisted. The story itself will tell of how Oz Diggs – played by James Franco – arrived to the Land of Oz and eventually became its chief wizard. Only time will tell how the critics will receive it.

Check out the trailer for Oz The Great And Powerful