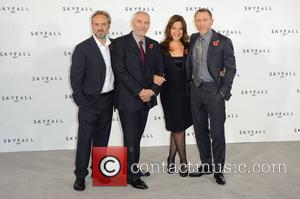 Sam Mendes had no interest in directing a Bond movie until Daniel Craig suggested he got involved with Skyfall, according to an interview with indiewire.

In fact, when his good friend Daniel Craig was cast as Bond, he was pretty vocal in his disagreement with the casting choice. When he watched Casino Royale, though, he admits that he was forced to eat his words. He insists though, that even though he’s a long-time fan of Bond, the thought of directing a Bond film had never appealed to him until the current leading man suggested it to him.

“I was never interested and I don’t think I saw most of the Pierce Brosnan films," said Mendes. "I was not into them at the time and then when Daniel got cast [in 'Casino Royale'] I was interested because he was a friend and I had worked with him. And I thought, ‘Wow, that's interesting.’ I was on record as saying that I didn’t think he was good casting. Then I saw it and was blown away and was suddenly interested again, as a character, and eager to see the next one. I was slightly disappointed with ‘Quantum of Solace’ although I think it’s got a bit of a short shrift, there’s a lot in it that’s interesting.”

It was a meeting with Daniel that changed his mind, though, as he explains: “when I met with Daniel and he asked whether or not I was interested in doing it, I found myself saying yes very quickly. It was just good timing."