Sam Mendes to direct next Bond?

Sam Mendes has reportedly been seriously considering helming the 24th James Bond installment now it will be a stand-alone film. 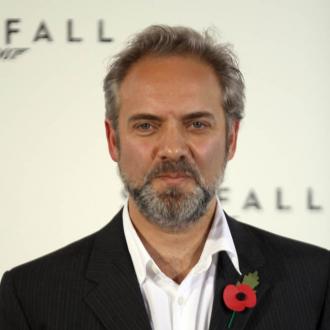 Sam Mendes is ''75 per cent'' sure he will direct the next James Bond film.

The 'Skyfall' filmmaker has allegedly revoked his decision not to direct the 24th instalment of the popular spy franchise now screenwriter John Logan has scrapped plans to write a two-part story.

The next two chapters were initially rumoured to form one continuous storyline, which would have been a big commitment and needed to be shot back-to-back over a four year period.

According to a report by the MailOnline, the director is reluctant to commit until he sees John's finished script, but is likely to sign on for the job.

Sources claim the plot for the next 007 adventure is currently in the form of two treatment papers outlining the basic details. Only producers Barbara Broccoli and Michael G. Wilson are said to have seen the blueprint so far.

The film will see Daniel Craig return as Bond alongside Ralph Fiennes as M, Naomie Harris as Miss Moneypenny and Ben Whishaw as Q.

Acclaimed director Sam isn't expected to make a decision until later on this year and is tied up until early 2014 with his theatre projects, including Shakespeare's 'King Lear' at London's National Theatre.

'Skyfall' has been named the tenth-highest grossing film of all time and picked up the Best British Film prize at the BAFTA Awards last weekend (10.02.13).