Skyfall Director Sam Mendes Was Against The Casting Of Daniel Craig As James Bond, Calling The Move A "Terrible Idea". 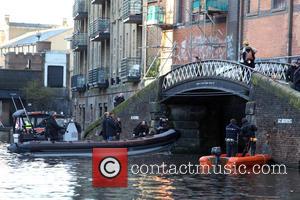 The moviemaker joined the franchise by taking charge of 2012's Oscar-winning 007 film Skyfall, and he has returned to direct the sequel, Spectre, which is due for release later this year (15).

Mendes has now admitted he thought Craig was not the right man for the part when he was unveiled as Pierce Brosnan's replacement in 2005, but was won over after seeing his first appearance as the superspy in 2006's Casino Royale.

He says, "I had cast Daniel Craig in this film I made in Chicago called Road To Perdition about 15 years ago and it was his first big American film. The the role of Bond came up years later and I was called by Entertainment Weekly, a showbiz publication, and they said your old friend and collaborator has been suggested as Bond, what do you think? I said 'Terrible idea - he shouldn't do it'.

"Because for me at the time I thought Bond had become the opposite of what Daniel is - a slightly disengaged, urbane jokey eyebrow raising, you know, a pastiche in a way and I feel Daniel's reality, passion and sort of honesty as an actor would not work. But of course the franchise adapted to work with Daniel and when I saw it at the cinema I thought it was a fantastic piece of casting. And it was that that got me reinterested as Bond as a movie."