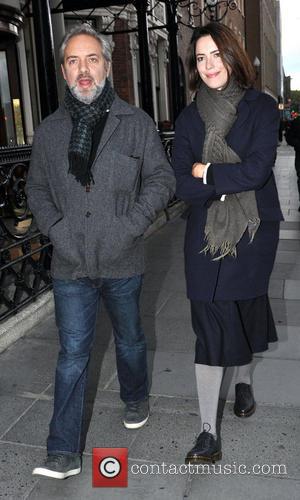 Hollywood director Sam Mendes has criticised a fathers' rights group after his ex-wife Kate Winslet was targeted in the organisation's Christmas campaign.

Members of Fathers4Justice, which campaigns for custodial rights for dads, have launched a new poster featuring the Oscar winner's face alongside the caption, "Kate, every child deserves a father this Christmas."

The campaign refers to Winslet's controversial quotes in which she claimed her two eldest children, who have different fathers, live with her full time.

Mendes, who has a nine-year-old son, Joe, with the actress, has now spoken out to defend his ex-wife, telling Britain's Daily Mirror, "It is inappropriate for this organisation to involve my family and I when they know nothing of our personal circumstances.

"Whilst I fully support fathers' rights, I can happily state this has never been a concern for me or my son."

In response, a statement from the group reads, "We are running this advert as part of a campaign to highlight the sensitive issue of four million children waking up on Christmas Day without their father. It is clear from what Kate says that she does not support 'shared parenting'."

Winslet also has a 13-year-old daughter, Mia, from her marriage to Jim Threapleton and she gave birth to a son with her third husband Ned Rocknroll on 7 December (13).