It's safe to say Britney Spears has done pretty well to recover from the personal meltdown that threatened to derail her career some five years ago. We needn't go over the details of what happened, though it's worth reminding ourselves that since then, Britney's record 'Blackout' earned the finest reviews of her career, with commercial successes 'Circus' and 'Femme Fatale' following soon after. Not to mention her sold out tours and new spot on The X Factor USA.

But anyway, hanging over Britney since 2009 has been a lawsuit filed by her former manager and confidante SAM LUTFI. The suit - filed for libel, defamation, international infliction of emotional distress and breach of distress - finally goes to court in Los Angeles this week. The suit alleges that Britney's mother's book 'Through the Storm: A Real Story of Fame and Fortune in a Tabloid World' is riddled with libellous statements about him, including that he drugged the superstar singer. Mr Lutfi is also suing for a portion of the profits from Spears' 2007 album 'Blackout' and the related earnings accumulated over that period. Civil litigation attorney Anahita Sedaghatfar told Fox News of the forthcoming court case, "It will be explosive for so many reasons. Britney's epic meltdown, in which the world witnessed her shaving her head and attacking the paparazzi with an umbrella, is once again going to be revisited. If Britney is indeed called, things could get very ugly fast."

Spears will take the stand for questioning in court, after which we'll bring you all the details! 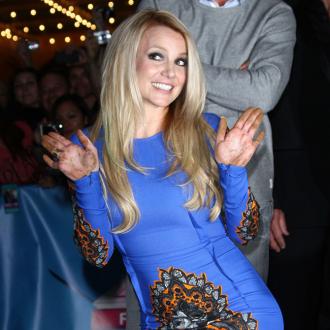