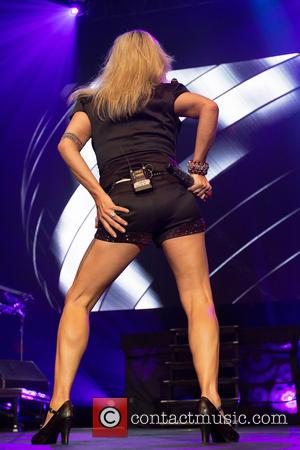 Picture: Samantha Fox - Live performances from acts from the 80's And 90's as part of the The Hoff! Tour at the Malmo Arena in Malmo,...

A representative for the Touch Me (I Want Your Body) hitmaker announced Stratton, who Fox began dating around 2003, had passed away on Sunday (02Aug15) following a battle with cancer.

A message on Fox's Twitter.com page reads, "It is with great sadness we announce the passing of Myra Stratton. She was Samantha Fox's partner and manager for the last 16 years... She bravely fought cancer for the last 2 years but lost her battle on Sunday. Samantha asks for privacy as she grieves at this time."

In 2009, Fox announced plans to wed Stratton in a civil partnership.