On the whole, music of any type can be more or less guaranteed to cut through any cultural differences and unite people through a shared appreciation. Unlike language or customs, music, rather like maths, has a universal standard that everyone can use, albeit with wildly differing interpretations. Sometimes music can be attributed to a region or country by way of its style or composition, as is the case with Latin or Reggae. This does not stop us being able to enjoy it. Very occasionally music is performed in a style that doesn't travel well, the character and peculiarities get lost in translation somehow. America's biggest selling C&W artists never make a dent in the UK chart and as for some our European cousins, they're still looking for the next Birdy Song, but that's OK, it's good to be different. 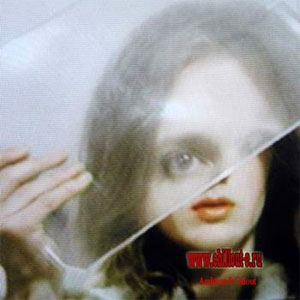 Age Waves by Sam Flax is an album that falls into the category of 'does not travel well' so Cal to Blighty is a trip too far for this explorer of the experimental and esoteric. The world may have become relatively smaller since the internet but the nuances of a particular audience are still in evidence. For the same reasons as we don't really have shock-jocks like Howard Stern or TV evangelists like Billy Graha, we don't always get, or need, all that the US can throw at us, sometimes it's better left at home.

Emerging indie label Sweet Sound Of Nothing may have "journeyed half the way across the world to catch Sam Flax at SXSW", and were, apparently, "blown away", but in hoping to sell him as a commercially viable artist over here they are asking too much.

From the initial dolphin enhanced 'Fire Doesn't Burn Itself' to the penultimate notes of 'Backward Fire', Sam takes us out of time and into contemplative retrospection. He may be purported to be channelling '60s psychedelia but he ends up sounding more like a confused kid who's just seen Barbarella and had too many Smarties and too much Fanta. This trip is more acrid than acid blending '80s synth pop (Dark Water) and '70s Prog-Rock (Almost Young) with elements of The Cars, Split Enz and even The Sisters Of Mercy (Everybody Wants).

Sam has composed, produced and recorded Age Waves over a six year period between 2005 and 2011. The result is that he may have over worked the material to death. 'Crystal Death' for instance, tries too hard to be mystical whereas 'Further West' sounds as though it were recorded under water. As for the lyrics, I think T-Rex aspirations belie the sad reality. "Mickey Mouse making love to a lion, another day, another face that you try on."

As if trying to redeem all that has gone before Sam takes an all too brief shot at redemption with the final instrumental track 'Homesick For Osaka'. Here, the music is free from over complication and free of obvious manipulation. Instead, we get a balanced track that blends the subtleties of David Sylvian with Tangerine Dream. One good track, however, does not a good album make.

Age Waves may be an acquired taste but life's too short to find out.