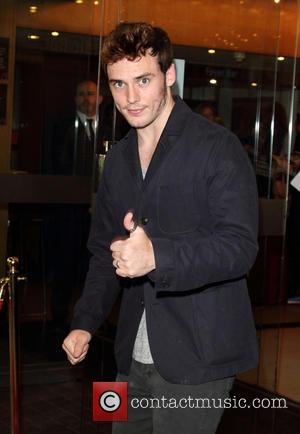 British actor Sam Claflin struggled to stick to his strict protein-rich diet to get into shape for the upcoming The Hunger Games sequel because he was always craving a beer and a burger.

The Snow White and the Huntsman star was cast as Finnick Odair in the Catching Fire movie, but his appointment was met with tough criticism from fans because he bared little resemblance to the musclebound fictional character.

He recently told Britain's Elle magazine he was surprised to learn he had landed the job because Claflin was convinced he was too "out of shape" and "pale" to portray Odair.

However, Claflin was determined to live up to devotees' expectations and he underwent a rigorous exercise schedule and diet plan to bulk up - but the 27 year old admits it wasn't easy giving up his favourite foods.

He tells People magazine, "(Odair) is supposed to be somewhat of an Adonis. I'm English, so I like beer and burgers, and that had to be cut out completely. It was pretty brutal."

The Hunger Games: Catching Fire is due for release next month (Nov13).