Actor Sam Claflin feared for his safety on the set of Me Before You after co-star Emilia Clarke lost control of his character's wheelchair. 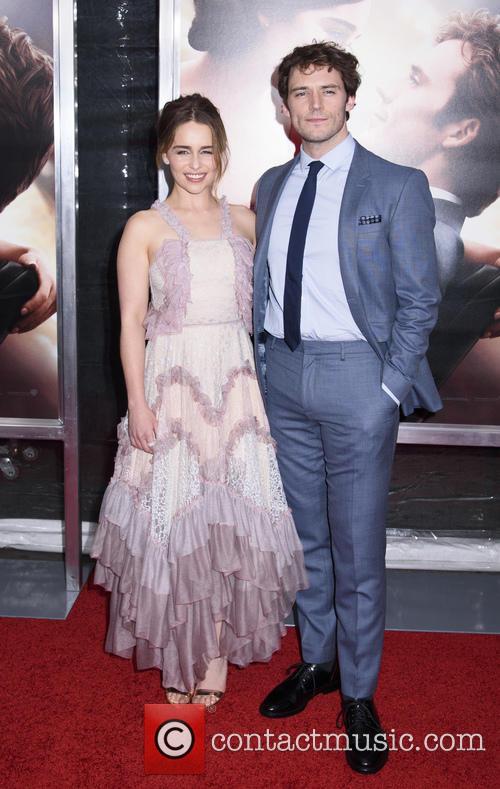 The Hunger Games star portrays a quadriplegic in the new romantic drama, with Emilia taking on the role of his young caretaker, who falls in love with her patient.

One scene features the pair attending a wedding, and required Emilia to take control of Sam's wheelchair as they played around in a garden setting, and the Game of Thrones actress admits the shoot was one of her favourites.

"I loved filming the wedding sequence because it was just, it was a joyful one for us to film," she told U.S. breakfast show Good Morning America. "I got to drive the wheelchair; it was really nice weather."

However, Sam confesses it wasn't a smooth ride for him: "She nearly killed both of us put behind the wheelchair!" he laughed, prompting Emilia to reveal they weren't the only ones in danger, quipping, "And the camera (man)!".

Sam's character, Will, becomes paralysed after a traffic accident, and the Brit wanted his physical appearance to reflect the trauma his onscreen persona had been through, so he committed himself to dropping 40 pounds (18.1 kilograms).

"(Will's life) changed drastically after a traffic accident," Sam explained. "He sort of enters a very, very dark place, until he gets this breath of fresh air (love interest) into his life."

"What was important to me was that the character looked quite frail and quite weak (in his wheelchair)," he stated.

Meanwhile, working the movie, based on the 2012 book of the same name by Jojo Moyes, has made Emilia realise how precious life is.

"I think the heart of it is a really beautiful love story," she said, before sharing the lesson she learned from the plot: "Don't take the life that you have for granted. Go out there and live it as fully as possible."