The former 'X Factor' winner had been playing The Enchantress in a Leicester panto production of 'Beauty and the Beast'.

Former pop star and winner of ‘The X Factor’ Sam Bailey has been forced to pull out of a number of panto performances after she was hospitalised after an accident at her home in which she was knocked unconscious by a falling ladder.

The 40 year old star, who won the 2013 edition of the ITV singing contest, had been trying to retrieve a suitcase from the loft of her home in Leicester on Tuesday (January 2nd) when the accident happened. She was rushed to hospital and, fortunately, did not suffer any major injuries but was advised to rest for several days.

She was therefore unable to perform her role of The Enchantress in a panto version of ‘Beauty and the Beast’ at De Montfort Hall in the city last night – and may not be able to participate in the show’s run again before it ends this Sunday.

Continue reading: Sam Bailey Forced To Cancel Panto Performance After Being Knocked Out By Ladder

By Stephanie Chase in Music / Festivals on 04 October 2015 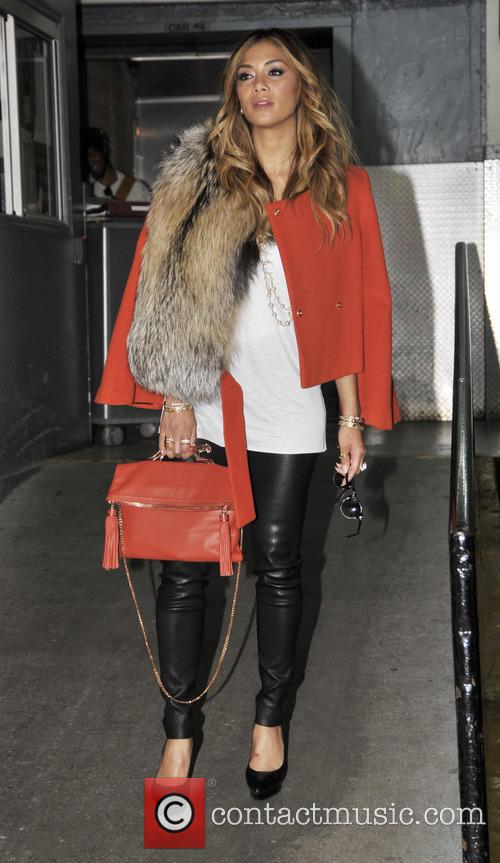 One of Britain's most talented young singers, Ella Henderson, has earned her first ever No.1 U.K. alum with her debut release 'Chapter One,' which features the chart topping single 'Ghost' and top ten track 'Glow'. Ella Henderson's debut album is going down well with fans

"To be a part of the music industry as a whole is something I'm learning to embrace, just seeing my name up there with other artists I admire and look up to is so surreal in itself," Ella Henderson told the Official Charts Company, "being Number 1 with my very first album is where a dream has met reality- it's a moment in time I will never forget."

Joan Collins has no idea who Sam Bailey is.

Dynasty legend Joan Collins admitted to having no idea who X-Factor winner Sam Bailey at a Prince's Trust awards ceremony headlined by the singer. To be fair to Collins, nobody really knows who Sam Bailey is, but it hasn't stopped the tabloids milking this one for all it's worth. 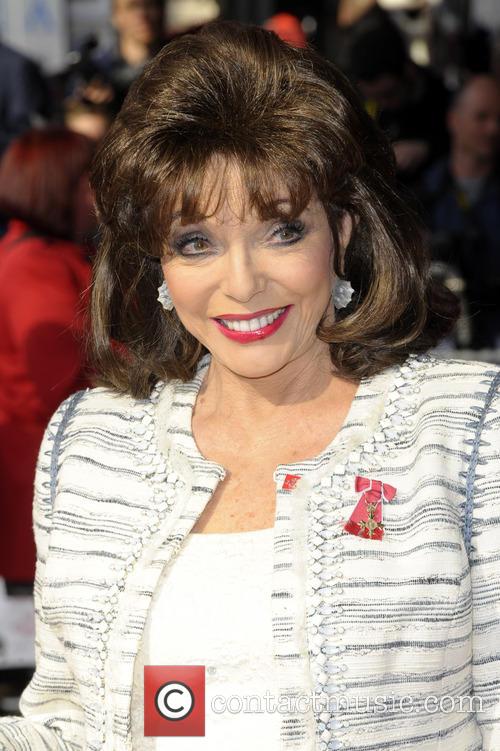 Pointing to Bailey at the glitzy bash, Collins asked: "Who is that lady over there?" before adding "Oh, well I don't watch that show."

Sam Bailey will no doubt still be reeling from her x factor final success and subsequent chart success with debut single 'Skyscraper.' Having won the talent show and scored the Christmas No. 1, the next task on Bailey's agenda is getting her debut album written and released, as the singer recently revealed that she is already set to hit the studio and start working on her first full-length. 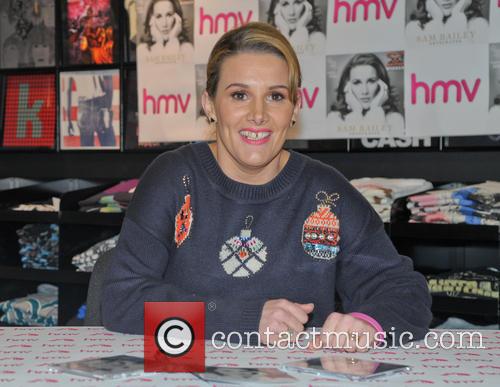 'Skyscraper' became one of the year's biggest-selling sngles

Bailey's first LP will consist largely of cover versions of already-popular songs, which apparently infuriated her X Factor mentor Sharon Osbourne, but this is something that Sam isn't too bothered about. Rather than be bummed out by the lack of originality appearing on her album, Bailey instead said she was simply excited to be making music and happy that she gets to make an album in the first place, which is, refreshingly, the exact kind of outlook we'd have hoped from the everywoman.

Bailey's debut single 'Skyscraper' is the Christmas No. 1 for 2013

X Factor winner Sam Bailey is officially the No. 1 artists this Christmas, as the winner of the singing contest has shot to the top of the UK Singles Chart with her debut single, 'Skyscraper.' The single had been holding strong at the top of the chart for most of the week since it was released after her win on Sunday, 15 December, and it has managed to hold on to claim the No. 1 spot officially. 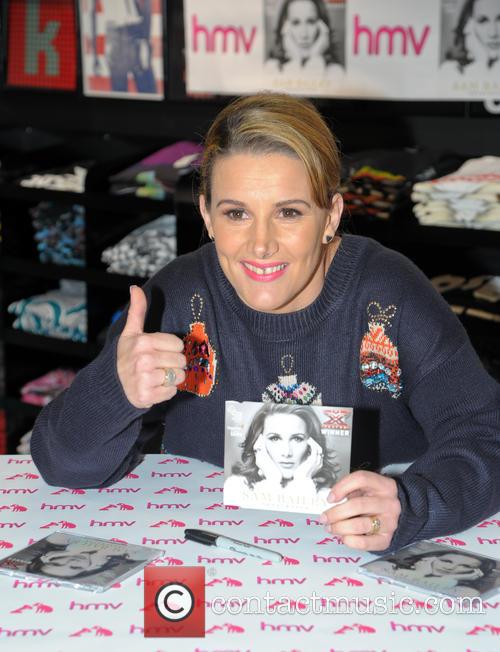 As well as being this year's Christmas No. 1, Bailey is also one of the fast-selling artists of the year, as 'Skyscrapers' has sold more than 149,000 so far. She also managed to out-sell her nearest competitor, Pharrell William's 'Happy,' by almost two to one. Not a bad feat for a 36-year-old mum of two making her chart debut.

Who's In Pole Position For The UK Christmas No.1 - AC/DC Or The X-Factor Winner?

Will Sam Bailey win The X-Factor and take the Christmas number one single?

The Christmas number one single has become as much a part of the festive season as the television, food, gifts and family dramas. But the best part of the Christmas single is trying to guess who’s going to get the top spot, and taking a look at the odds makes it that little bit easier. Sam Bailey is favourite for the X-Factor crown, and by extension, the Christmas #1

Rockers AC/DC were the favourites to attain that coveted festive number one spot, but the recent announcement that all proceeds from the X-Factor Christmas single will be going to children’s charities – Together For Short Lives and Great Ormond Street – has put the ITV talent show in pole position.

Continue reading: Who's In Pole Position For The UK Christmas No.1 - AC/DC Or The X-Factor Winner?

Should Sam Bailey Be Allowed To Remain On The X-Factor?

By Michael West in Music / Festivals on 03 September 2013

Should Sam Bailey be eligible for The X Factor?

Sam Bailey, the current joint-favourite to win this year's X-Factor competition, has hit back at critics who claim she shouldn't be allowed to compete on the show owing to her extensive musical experience.

The prison officer stunned judges Gary Barlow, Nicole Scherzinger, Sharon Osbourne and Louis Walsh during her show-stopping auditions on Saturday and Sunday, though a report in The Sun newspaper claimed Sam had "misled the public" by appearing to be a novice with an exceptional gift for singing.

In fact, the newspaper claims Bailey has been singing for years in social clubs, on cruises and for charity shows - something they doesn't dispute - and shouldn't be allowed to compete against the likes of Tamera Foster, the young Beyonce-a-like who is likely to be her nearest rival.

Continue reading: Should Sam Bailey Be Allowed To Remain On The X-Factor?