Fact: Salt-N-Pepa star SANDRA DENTON was left with a bruised ego on Saturday (12Sep15) after almost falling flat on her face during a performance at the 90s Fest in Brooklyn, New York. The rapper was standing atop a speaker in front of the stage and attempted to hop from one speaker to another, but she lost her footing and tripped. Luckily, a quick-thinking security guard grabbed Denton's hand to save her from crashing to the ground, and she managed to walk away from the mishap with just a few bruises on her legs, according to TMZ.com.

Quote: "Our fans have so many stories about our songs, especially Push It, from marriage proposals to child births. It'll make a good book." Hip-hop stars Salt-N-Pepa are writing a book of anecdotes about their music, according to rapper Pepa.

Quote: "I recommend every band have therapy on a regular basis. Many bands wouldn't break up if they knew how to communicate with each other." Salt-N-Pepa star CHERYL WRAY insists good therapy sessions will help feuding bandmates. Her therapy sessions with bandmate Sandra Denton were televised on VH1's Salt-N-Pepa Show in 2007.

Quote: "Some people can't grow hair. They need hair and we can supply it!" Salt-N-Pepa star SANDRA DENTON on her plans to launch a hair-weave franchise with bandmate CHERYL JAMES.

Quote: "Apparently, for us to have any future as Salt-N-Pepa again, they need to hash some things out. And when they're finished with their beef they're going to have to address me." DJ DEIDRA `SPINDERELLA' JONES insists the all-girl rap trio has some way to go before they can properly reunite. She's a "guest" on former bandmates SANDY `PEPA' DENTON and CHERYL `SALT' WRAY's new U.S. reality TV show THE SALT-N-PEPA SHOW.

Quote: "I've changed my life in a lot of ways. I'm a mom, a wife, and a Christian. Some of the things I expressed in my early 20s aren't what I care to express right now." Salt-N-Pepa star CHERYL WRAY no longer wants to talk about sex or push it in public.

Fact: Rap trio Salt-N-Pepa recorded their PUSH IT anthem in a bathroom.

Quote: "Other than my ability to do the running man (dance) and the fact that I can sing all the words to Salt-N-Pepa songs? I think it's that I find beauty in unusual things, like hanging your head out the window or sitting on a fire escape." Scarlett Johansson lists her best assets. 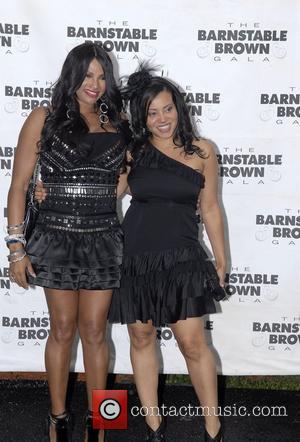