Salma Hayek has been granted restraining orders against two female fans after claiming they threatened to kidnap her seven-year-old daughter, Valentina, and hold her for ransom. 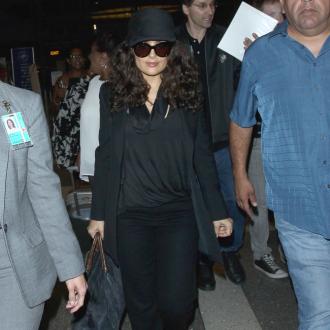 The 48-year-old actress reportedly secured temporary protection orders against Liana Philippon and Odette Bodagh in court in Los Angeles today (14.08.15) after claiming they threatened to kidnap her seven-year-old daughter, Valentina, and hold her for ransom.

The Mexican star told the judge one of the women made ''a veiled threat regarding kidnapping and ransoming'' her little girl in an email, which allegedly stated: ''I know where her daughter will be. How much is her life worth?''

The 'Frida' star also believes the stalkers have been impersonating her around LA and claims they made several attempts to get in contact with her and her family, according to legal documents obtained by gossip website TMZ.com.

Both women have been ordered to stay at least 100 yards away from the brunette beauty, her French businessman husband, Francois-henri Pinault, and their daughter.

The judge also instructed them not to communicate with them or impersonate the Oscar-nominated actress.

The 'Everly' star is expected to seek a permanent restraining order against them during a hearing scheduled for September 4, 2015.