Actress Salma Hayek Has Obtained A Temporary Restraining Order Against Two Overzealous Fans Who Have Allegedly Threatened To Kidnap Her Young Daughter. 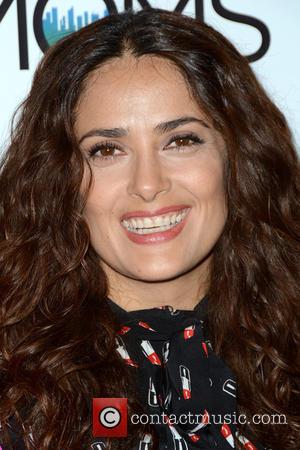 The Grown Ups star claims the women have been impersonating her and have made threats against the life of seven-year-old Valentina.

Hayek accuses one of the suspects of stating her intentions to snatch her only child in an email, which reportedly read, "I know where her daughter will be. How much is her life worth?"

She has been granted a temporary protection order, which requires the females to stay 100 yards (91 metres) from the actress, her daughter, and her husband, French billionaire Francois-Henri Pinault.

The case will be heard in a U.S. court again next month (Sep15), when a judge will decide whether to make the order permanent, reports TMZ.com.

Hayek, who lives in Europe, has been in America promoting her new animated movie, Kahlil Gibran's The Prophet.