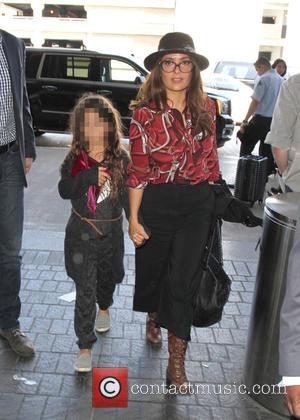 The Grown Ups star was granted a temporary order of protection against Liana Philippon and Odette Bodagh last month (Aug15) after claiming the women were impersonating her and had made threats to kidnap her seven-year-old girl, Valentina.

During a hearing in Los Angeles on Friday (04Sep15), Bodagh claimed she felt she had a relationship with Hayek and didn't realise the actress felt threatened until she was slapped with the restraining order.

The women were subsequently ordered to stay away from the 49 year old, her husband and daughter for three years.