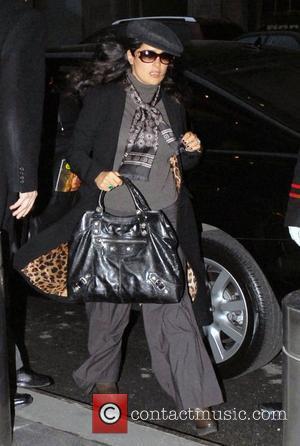 The Ugly Betty actress and producer announced her engagement to the billionaire businessman through her publicist over the weekend.

"Francois-Henri Pinault and his fiancé, Salma Hayek, are happy to announce they are expecting the arrival of their first child," spokeswoman Ina Treciokas said in a brief statement.

And it seems that this could be all the information the 40-year-old Frieda actress and her partner will reveal as her publicist insisted that no other details will be revealed by the couple, including when the bouncing bundle will be born or when the pair will wed.