Salma Hayek ate a variety of foods on including silk worms, deep-friend frog and gefilte fish on 'Watch What Happens Live'. 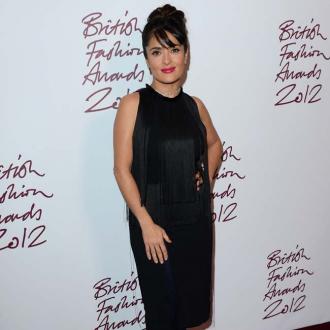 Salma Hayek ate silkworms and a deep-fried frog on 'Watch What Happens Live'.

The 48-year-old actress displayed her adventurous palate as she took part in a segment titled 'Will Salma Eat It?' on Andy Cohen's chat show, which saw her presented with mystery foods.

When given the deep-fried frog, Salma - who is married to French businessman Francois-henri Pinault - said: ''I eat them all the time. I live in France. And this is very common French food. Usually they're not this greasy.''

Stir-fried silk worms, jalapeno peppers and spray cheese were all eaten by the actress, although after trying gefilte fish she said: ''I'll stick with the worms.

She added: ''This is so scary because they'll find out I eat just about anything. But not onions!''

In Salma's new film 'Tale of Tales', her character eats a serpent's heart, and the actress previously revealed her daughter Valentina, seven, came up with a solution to help her repeatedly bite the prop - which was made of sweets and pasta - without being sick.

Salma explained that Valentina saved her from vomiting by telling her to keep ''taking bites from the front (of the heart) and then spitting them out''.