The actress says she believes Trump once planted a story in the National Enquirer, which said she was too short for him to date.

Salma Hayek has claimed that Donald Trump planted a story about her in the National Enquirer after she refused to go on a date with him.

Buzzfeed reports that during an appearance on Spanish-language radio show El Show del Mandril, Hayek told of how after rejecting Trump, a story appeared in the National Enquirer saying he wouldn't go out with her because she was ‘too short’. 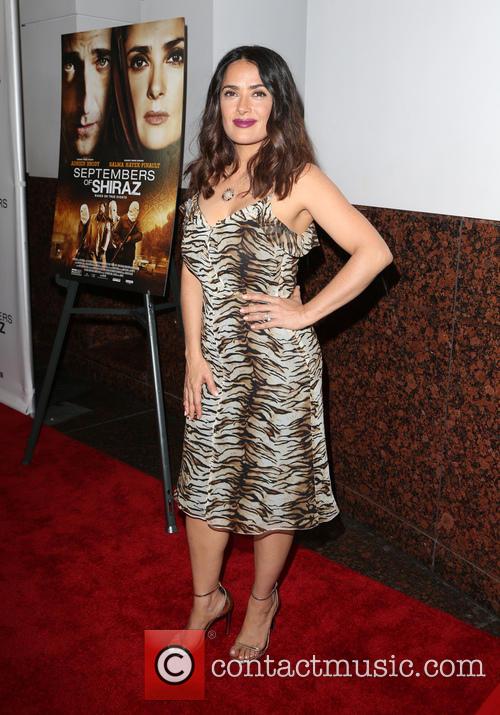 Salma Hayek has spoken about her experiences with Donald Trump, early on in her career

“When I met that man, I had a boyfriend, and he tried to become his friend to get my home telephone number,” Hayek said, describing meeting Trump early on in her Hollywood career.

“He got my number and he would call me to invite me out.”

“When I told him I wouldn’t go out with him even if I didn’t have a boyfriend, [which he took as disrespectful], he called — well, he wouldn’t say he called, but someone told the National Enquirer.

“Later, he called and left me a message. ‘Can you believe this? Who would say this? I don’t want people to think this about you,’” she continued.

Throughout the election Hayek has been an outspoken supporter of Hillary Clinton. Earlier this month she starred in a Spanish-language PSA on behalf of Clinton which urged Latino voters to cast their vote next month.