The actress said Mozart was ‘shot close to his heart’, last Friday.

Salma Hayek is mourning the loss of her beloved dog Mozart, who was found shot dead last Friday. Police are said to be investigating exactly what happened after Mozart was found shot close to her Washington ranch, 55 miles south of Seattle. 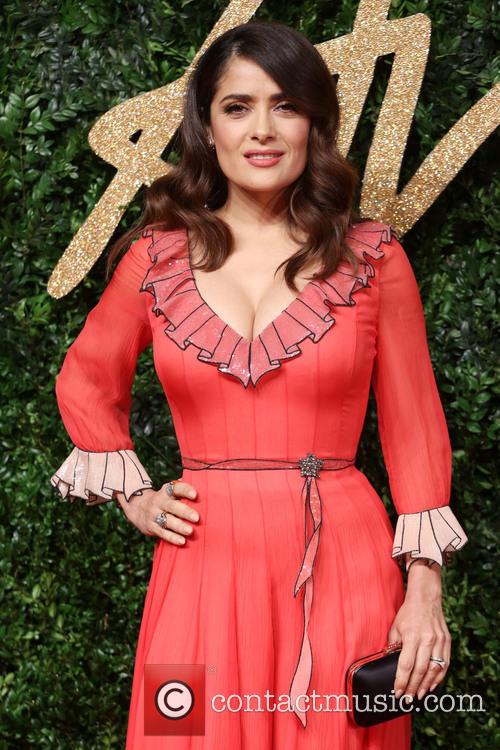 Deputy Lt. Cliff Ziesemer, from the Thurston County Sheriff’s department, told CBS news that a caretaker had been riding a horse around Hayek's property on Friday with two dogs following. He said the dogs had barked before taking off running at the end of the road and eventually came back, as was typical.

However when the caretaker returned home later she realised one dog was missing, she later found Mozart dead and reported it to authorities. Ziesemer added a veterinarian determined a pellet from a pellet gun had nicked an artery and that the dog "slowly bled to death internally.”

On Instagram Hayek shared the sad news of Mozart’s death, “I haven't posted for a week as I been mourning the death of my dog, Mozart who I personally delivered out of his mother's womb,” Hayek wrote.

“He was found dead in my ranch last Friday with a shot close to his heart. I am hoping that the Washington State authorities do justice to this wonderful dog whom in 9 years never bit or attacked anyone. He loved his territory and never strayed away...he was the most loving and loyal companion. He didn't deserve a slow and painful death.”

More: Salma Hayek Poses Topless For Allure Mag: 'At My Age It's Exciting'.

TMZ has since reported that authorities have found the dog was shot by a neighbour of Hayek’s, who were within their rights to shoot the animal. The website writes that Salma’s neighbour has confessed to shooting the dog, because he was sick of her dogs coming onto his property and attacking his dog.

According to TMZ the neighbour explained that several of Salma's dogs were in his garage on the day in question and he had used a pellet gun to scare the animals away. He added that he never intended to kill any of the animals and police also believe the pellet gun ordinarily would not be lethal. Authorities are now said to have closed the investigation since the dogs were on the neighbour's property.