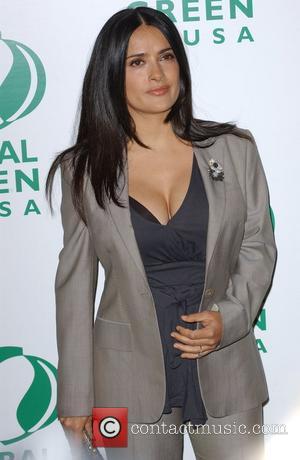 Mexican actress Salma Hayek has defended her forthcoming TV series UGLY BETTY, insisting the show's title is a sarcastic take on today's shallow society. The FRIDA star is executive producing the show, an adaptation from a Colombian telenovela YO SOY BETTY LA FEA, which stars America Ferrera as a chubby, uncool girl from Queens, New York City, who works as an assistant on a fashion magazine. Hayek says, "It's (the title is) sarcastic. Anybody who isn't super skinny and really tall, some people think they're really ugly. We're making fun of it. We're not really calling her ugly. "I'm sure that the American audience is very thirsty for something like this and they're just going to love it. "It's causing a lot of excitement in the Latin community. They will definitely not be able to get enough of this Betty."