The Forrest Gump star did not divulge specifics about their relationship, which occurred during her youth, but she admits she wasn't really into Johnny and made up an outlandish lie when she broke up with him.

"(It was like) the octopus and the reluctant little guppy...," she laughed on U.S. talk show Watch What Happens Live!. "I was never a person that knew how to say no to people. I mean, when it came down to (other) things (I could), but ultimately the way I could get out of things is to tell people I lost my mind. I think with Johnny I told him I was having a breakdown and was being sent away. I couldn't figure out how just to say, 'I'm really just not into this, it's not what I want.' I just said, 'I'm so sorry, I gotta go away, they're going to put me in a home'."

Sally, who has two sons with her ex-husband Steven Craig, also famously romanced actor Burt Reynolds in the 1970s, before the actress went on to marry and divorce Alan Greisman.

However, Burt still holds a flame for Sally and has repeatedly insisted she remains the love of his life.

"Even now, it's hard on me," he added. "I don't know why I was so stupid. Men are like that, you know. You find the perfect person, and then you do everything you can to screw it up." 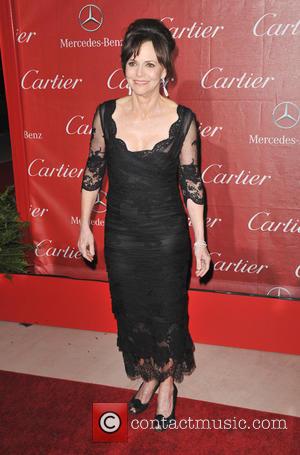